While the Civil War burns around him, a young man fights a battle of his own.

It is strange how a man’s best-made plans can change. Stephen Purcell’s quiet, happy life changed in an instant of violence. Then he found himself on the run. But before he left the war-torn Shenandoah Valley, Purcell vowed to kill the man who changed it all . . . an evil man named Striker.With the best horse in the valley underneath him, Purcell headed west with only a knife and a sack of potatoes. The buckskin jacket he wore was the only reminder of his loved ones that were so horrifically taken from him. Early in his journey, Purcell’s promise to a dying soldier gave him a weapon, a mission and some battle scars.

To save himself and his horse, Purcell hid in the Blue Ridge Mountains. He did not know how he would do it, but he would kill Striker. Along Purcell’s travels, his will would be tested, his life would be challenged, he would learn to trust again, and even find love. His knowledge of the telegraph became a valuable help to new friends and a crucial turning point for the Union army.

A boy becomes a man on a hard road through Confederate lines. Will Purcell’s path lead to destiny or blood? Discover what becomes of the man who finds himself known across the valley as a hardened shootist – a force to be reckoned with – the man they call The Shenandoah Sharpshooter.

Or CLICK HERE to order a personalized autographed copy! 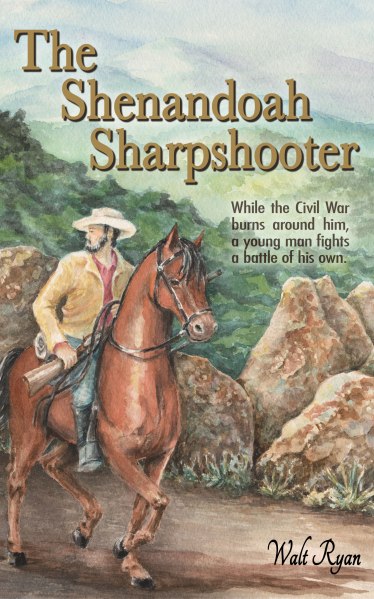 Growing up on a hard-scrabble farm in the midwest, I found my days full of adventure and excitement. This collection of short stories are memories of my boyhood, and are all absolutely true. I was a voracious reader during the grade school years. My early favorites were The Yearling, by Marjorie Rawlings, Tom Sawyer, by Mark Twain, and Smoky The Cow Horse, by Will James. Now I can see their influence on the times discussed in Tales From Clear Creek. Of course, I progressed along to more contemporary authors and technical books. I have always had a fondness for historical works.

Tweets from the Trail